FARE (Food Allergy Research and Education) for those with food allergies, this has been a name that has been part of many aspects of the food allergy world. We have seen them praised on social media for all of their help, they have held walks and donated to food allergy research but (yes, there is a but) in my opinion, there is another side to this organization. For a long time, I bit my tongue because I felt it may make me seem unprofessional to air my differences. Then it occurred to me- I don't need FARE to like me, I just need them to do their job correctly and help my fellow food allergy families. 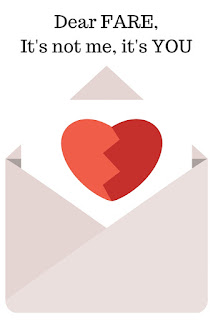 I'm Not Bitter, I'm Flat Out Angry With the recent announcement of James Baker stepping down, thoughts that I've had pushed way down for a long time came back to life. I'd like to say that this article is purely based on my experiences and those that I have spoken with that will remain anonymous. When I see injustice out in the open and nobody feels safe speaking up, it makes me angry. I have spoken with food allergy parents, persons that have had dealings one way or another with this organization directly and indirectly, doctors that have helped them and yes, I am one of them as well. Has FARE done some good for food allergies? Of course but the way that people were treated is not the standard that they should continue to bring going forward. My purpose of this article is not to bash them but hopefully to let them know that they are not doing the best job that they can do for us. From what I have heard and been told, it is my opinon that the majority of the food allergy community does not feel that the organization is working in the best light of our community and that the end of the current CEO should bring to the surface multiple areas that need to be and should be fixed before going forward if FARE truly wants to make a difference. All of the people that you have been talking down to, all of the people that have been met with anger and negativity, all of the people that felt intimidated not to work with other organizations while working with you and all of the countless volunteers that get paid nothing NOTHING to help your organization that don't even get a pat on the back are all of the people that you are failing. The saddest thing about all of this is that it's discussed often within the food allergy community but your organization has become so unapproachable that nobody can tell you this. Volunteers that have spoken up have been abruptly released from their services directly after wards. People have contacted your support staff when they needed direction for their walks or events and got no support, not even a pleasant hello. I have even been told that speakers that were scheduled to speak at one event had to cancel because it was frowned upon due to a conflict of interest with FARE. This baffles me- the last time I checked, our food allergy community was supposed to rally together to build a stronger community. These actions are quite the opposite. It's not me- it is, in fact, you FARE.

Is Anyone Else Looking at Numbers?! When people hear the term "Non-Profit", they assume that the organization doesn't make much money for themselves but instead, gives most of their profits to their cause, right? To be specific, the dictionary describes a non-profit as "not established for the purpose of making a profit; not entered into for money." This being said, we assume that all of those walks, events, dinners, etc. are bringing in a bunch of money for food allergy research and education which it did, yay! This being said (again) what do you think a CEO of a non-profit would be making for an annual salary? Wait for it...... 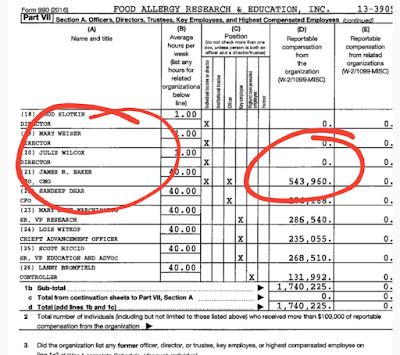 Not bad for a non-profit, huh? And this in addition to his $225,000 salary as seen on UMSalary.info 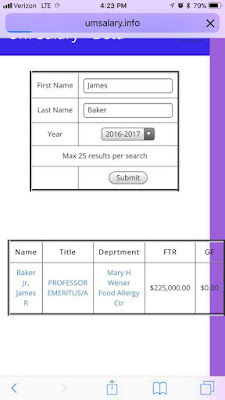 I could be stretching my thoughts but isn't this kind of how the whole Epigate thing started? That's a lot of money and FARE you can argue that I don't understand the logistics, what money was made and donated versus salaries and overhead and blah, blah,blah  but in the end, it is my opinion that our community is seeing a number that seems far too large for a non-profit employee to be bringing home. It seems that this is a number that means more money in his pocket and less toward the purpose you started out to serve. Does Mr. Baker deserve to get paid for his time- absolutely but holy cow FARE.... I am just shaking my head. FARE's 2016 Form 990 can be seen here but seeing $225,000 and thinking about all of those volunteers not getting paid for their time just doesn't add up morally to me.

Just to prove that I do my research here is a wonderful and precise article on this very topic shared on ThoughtCo. which points fingers at other non-profit CEO's not doing their organizations justice. In the same breath, if you try to tell me it's not uncommon for this salary range to be the norm, let me also quote from the same article just so you know I am not just spitting out useless information "the lowest paid President/CEO/Commissioner was The Salvation Army's Commissioner Todd Bassett who receives a salary of only $13,000 per year (plus housing) for managing the $2 billion organization.That means about $0.93 per dollar earned goes back out to local charity causes."

Time Travel Let's backtrack for just a moment to my personal experience. I hosted a FARE Walk back in 2013. Bear with me as some of this may sound catty but this is not a bitching session, just a very honest session. Did I have help from the coordinators before or the day of the event? Nope. In fact, my coordinator showed up 2 hours late and did nothing. Did FARE include our walk in their social media and mailing- nope. I was later told it was because it was such a new walk that other larger walks took precedence. Regardless of all of the negative crap that happened before, during and after I fulfilled my obligations to my community- we had an amazing day and I did manage to raise just $150 shy of $10,000 which (from what I was told) is seen as an acceptable amount for a first time walk. And as soon as it was done and I was exhausted, I already had plans on how to make the following year bigger and better. Not for myself, not even for FARE but for my community because they are the reason we rally together and support each other.

The next year did not happen. Unbeknownst to me, FARE had decided to remove me as Walk Chair and replace me with a corporate donor that they felt would bring in more money. They also informed me that they were including a new team member that happened to be a local person that I shall not name who called FARE and told them malicious, horrible untruths (read here) and yet, FARE found this person to be the type of person that they wanted representing them. So you see FARE, I was angry for a long, long time but I got over it. I didn't want to make waves or ruffle feathers and I chalked it up to a bunch of bad decisions that were made on your part. I forgot and moved on. Until I began to hear many, many others describing similar grievances.... It's not me- it is, in fact, you FARE.


So FARE, the ball is in your court and all of us are waiting to see how you advance. I'm sure most won't feel comfortable stepping forward to you but I'm putting everything out there for you to chew on. I will send you positive thoughts in hopes that you will emerge a better organization and take us all by surprise this time.

Posted by Nutrimom - Food Allergy Liason at 1:06 PM 4 comments: Links to this post

Email ThisBlogThis!Share to TwitterShare to FacebookShare to Pinterest
Labels: Articles

Back in 2013, I was approached by Valerie Johnston of Healthline who offered to write a guest post for my blog. Because of my own personal battles of difficult-to-diagnose symptoms and years of consulting with so many others that had similar things happen with their health, I felt Valerie's share of The Strong Link Between Allergies and Hormones was a perfect fit to try to explain why some of us need to take our health one step further for answers. As she so perfectly put it "Because the immune system and the hormone system are pretty closely related, when one changes, so does the other." Some of you may scoff and I've had a ton of people tell me that there is no evidence that foods and hormones are linked but as I tell them- there IS proof. I have and am living it. I have counseled people who are living it.

Then, I came across an article by Dr. Josh Axe, DNM, DC, CNS "The Definitive Guide to Foods For Hormone Health". It's one of those articles that you read and shake your head in agreement and then want to share it, screaming from the rooftops See?! I told you so!!! for those who are skeptical. I get that not everyone can understand when it doesn't happen to them but in the very least, be kind enough and open-minded enough to listen and consider what happens to others because some day, it may be you needing answers like these. And regardless of how you may have dismissed us before, we will be waiting to listen and help you when you need it. Still unsure of what I mean? Let me share a few excerpts from Dr. Axe's article:


Now is the part when most of us read the article but say I can't do this, it's too difficult and I get it- I was one of those people too. Luckily Dr. Axe includes the foods that should be on your shopping list, tips on healthy eating and sample menu ideas for breakfast, lunch, dinner and snacks (very similar to my food allergy consults- great minds think alike!). Not only is this helpful but it's crucial- the foods that you put into your body can literally be what makes you feel better or worse. If you feed yourself the inflammatory foods, your body will not get well. The truth is- when we don't feel well and we aren't getting answers quickly enough, we need someone to point us in the right direction. Especially when we are at the point of being stressed, easy is the best thing until our body equalizes and we can think a bit more clearly again. 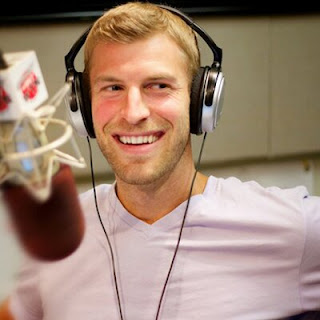 Posted by Nutrimom - Food Allergy Liason at 9:36 AM No comments: Links to this post

Nutrimom - Food Allergy Liason
Founder of Nutrimom Inc, a consulting business that specializes in food allergies and helps to provide guidance and support for anyone that has been diagnosed with food allergies. I invite you to view my complete profile and other information about what I do on my website at www.AllergyPhoods.com

Promote Your Page Too 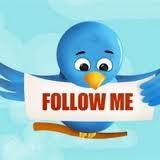 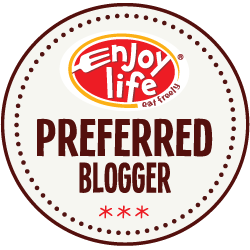 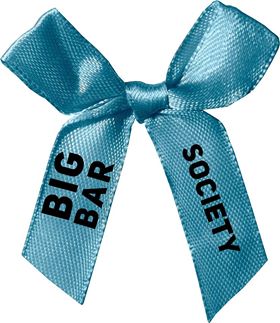 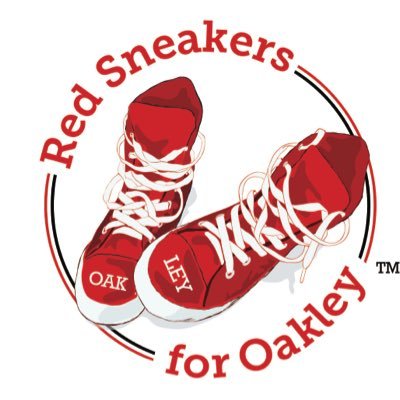