How Did the "No Nuts Mom Group" Start?


I have long been a follower of the No Nuts Mom Group and I was honored to meet it's founder, Lisa Rutter, at the Mylan Blogger Summit in New York City as well. As a food allergy mom, I am always looking for additional resources and Lisa's information has always been a great support. I was just as honored when she accepted my invitation to tell us her story and how the No Nuts Mom Group began. 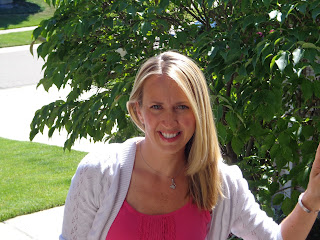 When my son was a year old, my husband and I gave him a tiny lick of ice cream, which he really didn't like.   A little while after, he had an unusual rash around his mouth.   I remember saying to my husband, "This ice cream has peanut butter in it and he better not be allergic."  Not really thinking that he was.
At his next checkup, I asked the pediatrician about it and he told me that some kids are sensitive to peanut butter and it is best to hold off on introducing it until he is three or four years old.  Another year passed and I was curious, so I decided to give my son (who was now two) a small lick of peanut butter.  He took the smallest lick and did not want anymore because he didn't like it at all. Shortly after, he appeared to be scratching the back of his throat with his tongue.  I do not recommend doing this.  At the time, I had no idea that this little lick could have put my son in a life-threatening situation.  Luckily for me and my family, that didn't happen.  I informed my pediatrician and he again told me to hold off on giving my son peanut butter until he turned three or four.  Going forward, I just made sure that everyone around my son knew that he may have s sensitivity to peanut butter and to not give him any.  I still didn't think he was allergic and the doctor made it seem like he wasn't going to be as long as I kept him away from it for a while.  So we never knowingly gave it to him again, but I didn’t have any understanding of cross contamination.

In July 2010, my family and I relocated from Illinois back to Michigan. I found a new pediatrician and after hearing my son’s background, she suggested that we schedule an appointment with an allergist to have him tested for a peanut allergy. On March 7, 2011 my husband and I took my son to the allergist for skin testing. The testing included indoor allergies, outdoor allergies, pet allergies and peanuts and tree nuts. The skin test was done on his back and almost immediately, it became big, bright and red. Around this time, I was also starting to learn a little more about the allergy and the sight of his back made me quite anxious and worried.  During the testing process, I will never forget the look on my son’s face.   He looked dazed, just not himself and very uncomfortable.  I was still in denial about him being allergic and didn't want to believe that he was.  However, the doctor confirmed that he was allergic to peanuts as well as tree nuts.  The allergist was very kind and gave me a ton of information to take home. It was a bit overwhelming and very hard to digest.  When the allergist gave me the EpiPen tester and video, this was a major eye opener to me and something I wasn't expecting.  Once I wrapped my head around all of this and digested the information, I decided to embrace this allergy and educate myself and my family. 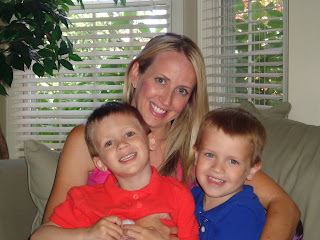 Looking back now, I recall so many reactions that were most likely caused by his food allergies.  His eyes used to swell up when my husband and I ate peanut butter and jelly sandwiches around him.  It also happened after he had snacks that were sealed up in the same bag as candy bars full of peanuts and nuts.  And I will never forget the time my dad accidentally gave my son a peanut butter cookie at the grocery store.  He took one bite and said, “Mommy, I don’t like this!”  I then took it away and replaced it with a sugar cookie from the bakery.  Shortly after, his mood declined very rapidly, so I decided to take him to the bathroom and he immediately threw up everywhere.  Thankfully he was fine, but this was before his diagnosis and I was without Epinephrine.  My son has also had many other times before his diagnosis where I am now convinced it was exposure to peanuts and nuts.
I started No Nuts Moms Group because I wanted to meet other food allergic playmates for my son and also have support for myself, but it quickly blossomed into so much more for me and for others going through the same thing.  I am now very passionate about food allergies, educating others and raising awareness.   I love helping these families learn more about food allergies and connecting them with others is truly a great feeling.  There is no reason why we have to be alone in this.  There are so many of us going through the same thing and when no one else understands, we now have a place to go where so many of us understand. 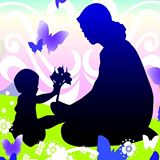 Our groups are free to join and open to all families with children with life threatening food allergies.  We also have a Facebook Community Page open to all that need support or just want to learn more about food allergies.  To learn more about our group, please visit our main website at www.nonutsmomsgroup.weebly.com.  To find a local No Nuts Moms Group near you, go to our main website and click on “Groups”.  There are currently 43 No Nuts Moms Groups.  If you are interested in having a No Nuts Moms Group in your area, simply fill out our Contact Form located on our main website.
A big thank you to Lisa and her courage to put this group together for other families as well as hers. After all, "it takes a village to raise a child" and that village starts one group at a time.
Articles 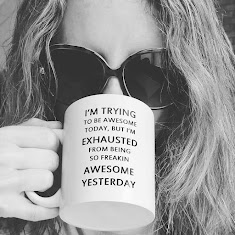 Most of you have noticed that my blogs have been almost non active. Life has changed drastically in so many ways. Difficult decisions had to be made. COVID basically killed Nutrimom as a business and other factors led me to push my previous commitments aside and choose what had to be done vs. what I wanted to do. During the process, my blog became nearly inactive and life as Nutrimom began to dwindle. The harsh reality of not being driven by my previous passions slapped me in the face each day as I began to work six days a week, try to get through the remainder of my divorce, keep up the bills and house duties and still try to maintain even a small presence on social media. All of this weighed down upon me until this March. Nutrimom Inc.  In March of this year and being incorporated as Nutrimom Inc. since 2008, I dissolved Nutrimom as a business. With almost no time, energy or enough paid opportunities, I had to make this difficult decision to end (or at least cut back) what has been 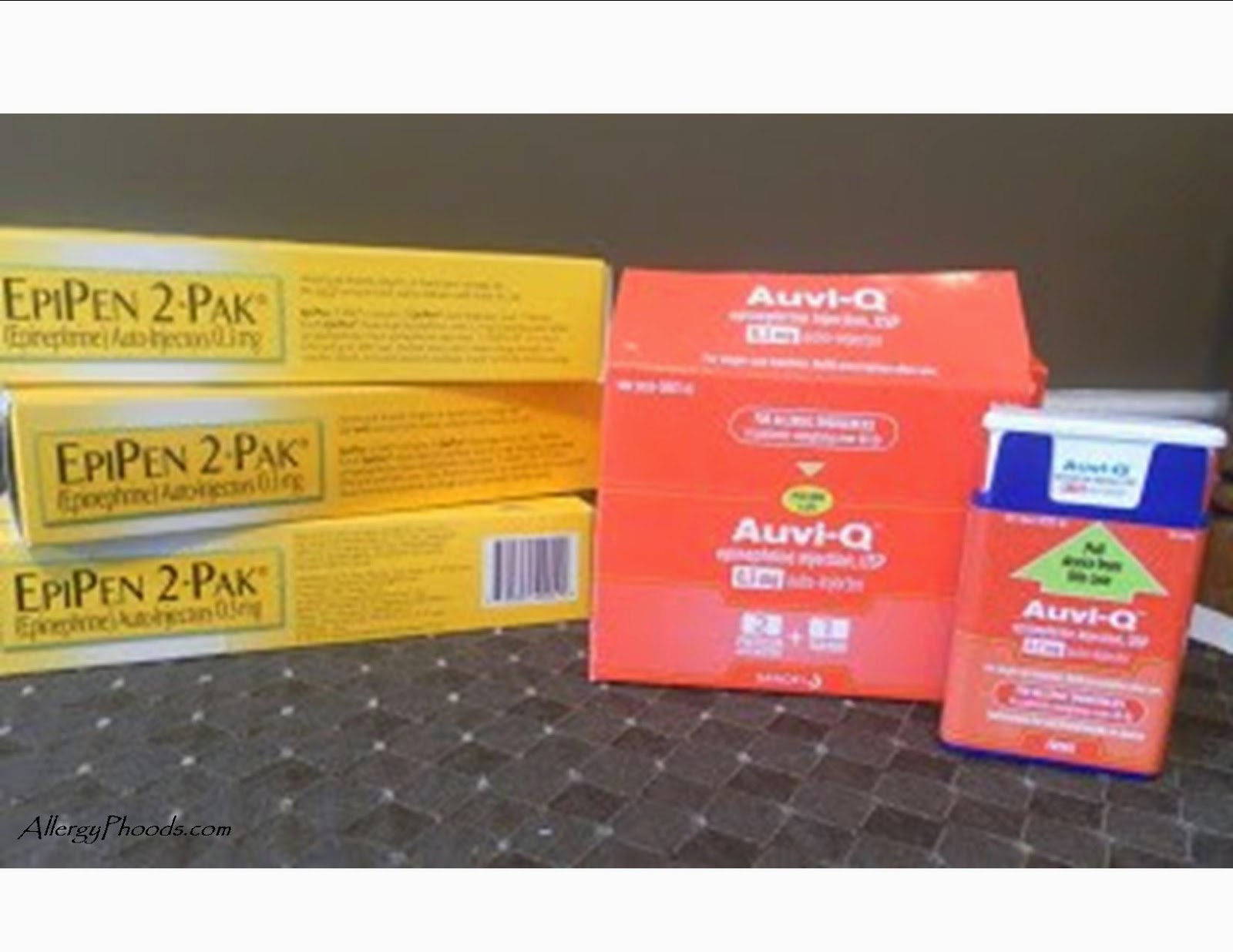 It's Summer- Getting Ready For School NOW!

Yup, you read that right- get ready for school. Each end of summer, I find myself rushing around to various pharmacies, doctors and schools trying to get organized for the new school year. There are refills to be picked up, antihistamines to be sought out, paperwork (ugh, the paperwork!) and it all ends up with one tired, stressed out mama. This year, I decided to challenge myself to do the reverse- I vowed to get ready for school at the beginning of summer. Sort of like reverse psychology on myself. But it's the end of June and I am almost done, so I feel that I have (almost) accomplished my goal. Better yet, I do not feel stressed out or rushed to do all of the things that need to be done. Less stress for mom also means less stress for the kids, which also starts the new school year off even better. I was recently asked what types of bracelets, inhalers and other allergy items we have used and found useful so I wanted to share with all of you. Obviously, this is just what we 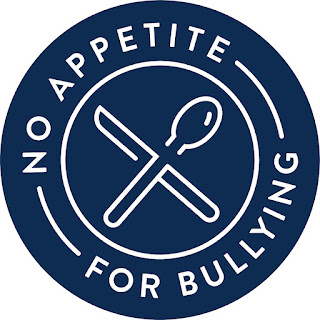 Some bullies use words.  Others use food. What happens when the two are combined? The combination is unimaginable Luckily, kaléo understands the need to help our food allergy community and I am happy to help spread the word!  Can you help out too?  No Appetite For Bullying aims to make a positive, lasting impact on the lives of children, teenagers and students with food allergies by encouraging them, their parents and peers to be voices against food allergy bullying. The campaign is a partnership between kaléo and national food allergy advocacy organizations which include Allergy & Asthma Network (The Network), Food Allergy & Anaphylaxis Connection Team (FAACT), Food Allergy Research & Education (FARE), Kids With Food Allergies (KFA) along with the American College of Allergy, Asthma & Immunology (ACAAI).  While bullying in any form is unacceptable, when it's targeted at children and teenagers with food allergies it can escalate from emotional to physical bul